How a Water Heater Booster Can Increase Your Hot Water Output 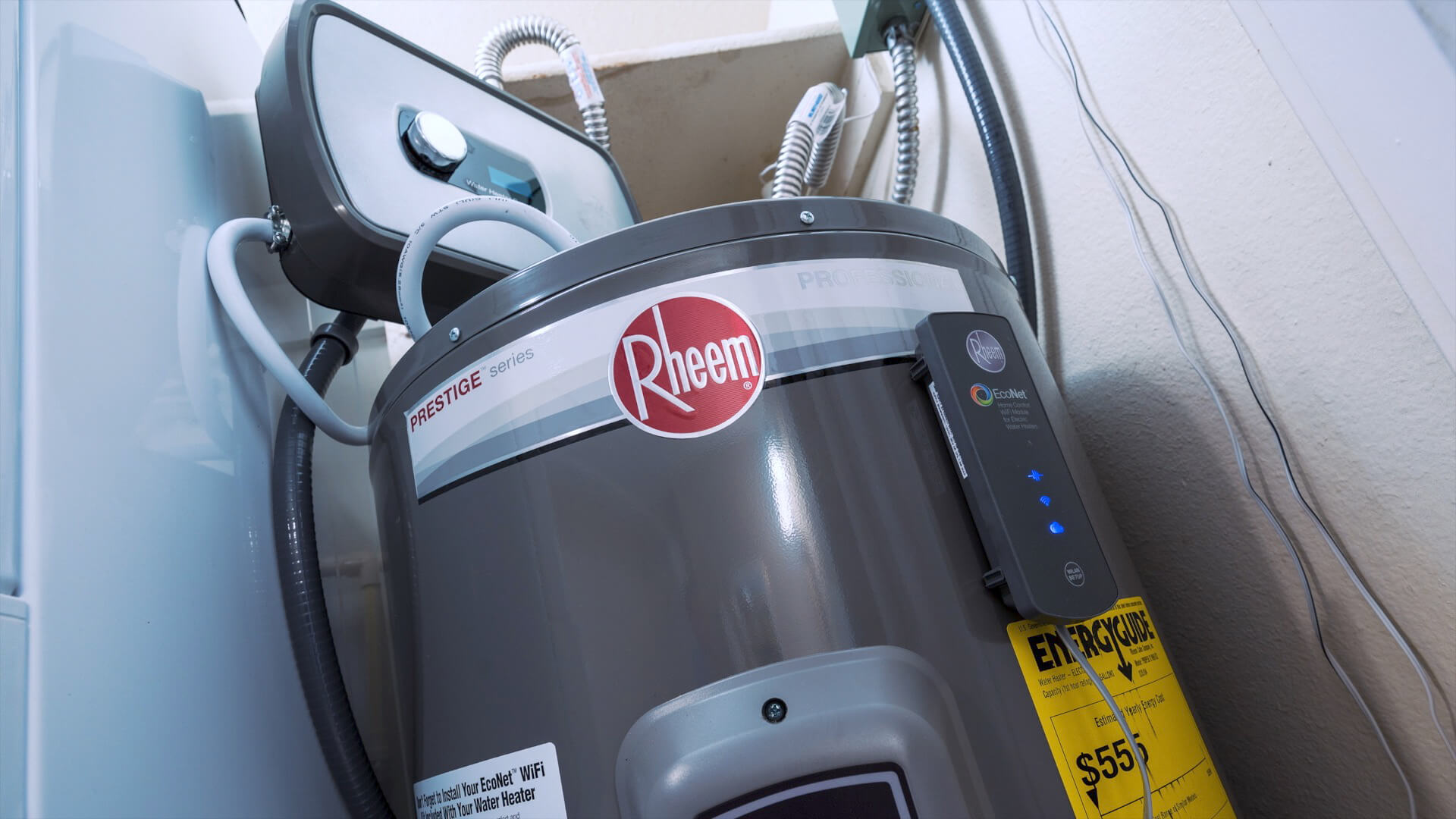 There are some ways to get more hot water out of an existing water heater without upgrading its size. You can raise the temperature up from the factory setting of 120° to 140° and then add a mixing valve that mixes the overheated water with cold water to make that stored hot water go further. There are some downsides to that option though so I’d recommend a water heater booster in many cases for long-term cost savings and reliability.

What Is a Water Heater Booster?

Working off of Rheem’s tankless electric water heater platform comes “the Booster.” The Water Heater Booster is a Rheem-exclusive tankless electric water heater that is installed directly onto the hot water outlet of a tank-type water heater. This can either be done during a new tank install or installed onto an existing tank. The power needed to energize the Booster is the same power that is already powering the tank. No new power source is required, which is a game-changer!

The existing power is routed into the Booster and then from the Booster into the tank. The Booster then acts as a switch, or controller, of this new water heating system. For the most part, the Booster does nothing, except to allow water to flow through itself. However, once the temperature of the water passing through gets down to a pre-set activation temperature, it switches the power “off” to the tank and simultaneously “on” to itself. That power is now delivered to the heating element contained in the Booster’s heating chamber, which is part of the waterway that the tank water is travelling through.

Most single-element tankless electric water heaters can’t produce hot enough water to meet the flow rates created by shower heads or sink faucets because the temperature of the incoming water is too low, or the flow rate is too fast. There’s just not enough time to heat the water up from a low inlet temperature to a higher desired outlet temperature.

For instance, to increase your home’s incoming water temperature to a comfortable shower temperature (somewhere around 108° to 112°) is almost impossible with a small electric tankless water heater. There’s only so much power you can apply to it and it’s travelling through the heater’s waterways too fast to be able to raise the temperature up to where you want it. The Booster, however, is installed right at the outlet of your tank. Therefore, it’s not subjected to those lower inlet temperatures. The water coming out of the tank has already been heated.

As soon as that happens, the inlet thermistor located in the Booster will tell the control board to redirect the incoming power from the tank to the Booster itself and begin heating the water travelling through it. At this point, it only has to make up a temperature differential of 12°. The Booster can do that with little effort. As the showers continue there will come a point that it cannot maintain the outlet set point. By then, more than likely all of the hot water needs have been met.

Once the Booster cannot meet the set point demand, and the water is turned off, it will revert the power back to the tank which will go through its normal reheating/recovery process. The idea is to only have the Booster provide this extra “boost” of hot water during higher than normal demand. Otherwise, it just sits and does nothing. This causes the Booster to be extremely low maintenance and have a long product life. And as long as it isn’t operating, it isn’t using any energy and therefore not costing the homeowner anything. This means lifetime operating costs are significantly lower than when using a higher set temperature and a mixing valve.

By adding the Booster to an existing tank, it’s like increasing the size of that tank by approximately 45%. For example, a 40-gallon tank would be able to deliver the equivalent of nearly a 60-gallon. A 50-gallon would convert to almost a 75-gallon and an 80-gallon would give almost a 120-gallon equivalent! It also makes more sense than adding a second tank, since that would require bringing an additional power source to operate it, not to mention taking up additional space!

Again, the Booster uses the existing power at the tank and never uses that power at the same time as the tank. It’s also pretty easy to install, so it’s a small investment and a great way to overcome those “running out of hot water” instances that come up from time to time. Another good use of the Booster is when a 40-gallon tank is required, but there is only room for a 30-gallon tank. By installing the 30-gallon and adding the Booster, the hot water needs are more than met without having to make room for a larger (or second) tank. The Booster also makes a great companion to a low-boy tank, since these are usually put in when there are extreme space issues.

Here’s a breakdown of the three ways to increase your hot water output.

Mike Henry is one of Rheem’s technical trainers for plumbers. He’s a third-generation plumber who managed his own business for many years and enjoyed working in the field. He maintains his Master Plumber licenses in Georgia and Florida.

Back to Water Heating Blog