The Playoffs Start Now: Following 26 races, the 2018 NASCAR Xfinity Series (NXS) playoffs begin on Friday night at Richmond Raceway. Seeded second heading into the first of seven races to crown a champion, Christopher Bell and his Rheem team will look to kick off their championship run on a high note. Bell will be making his third series start at the 0.75-mile track on Friday, after starting second and going on to earn his first win of the 2018 season during the series’ first stop at the Richmond facility back in April. 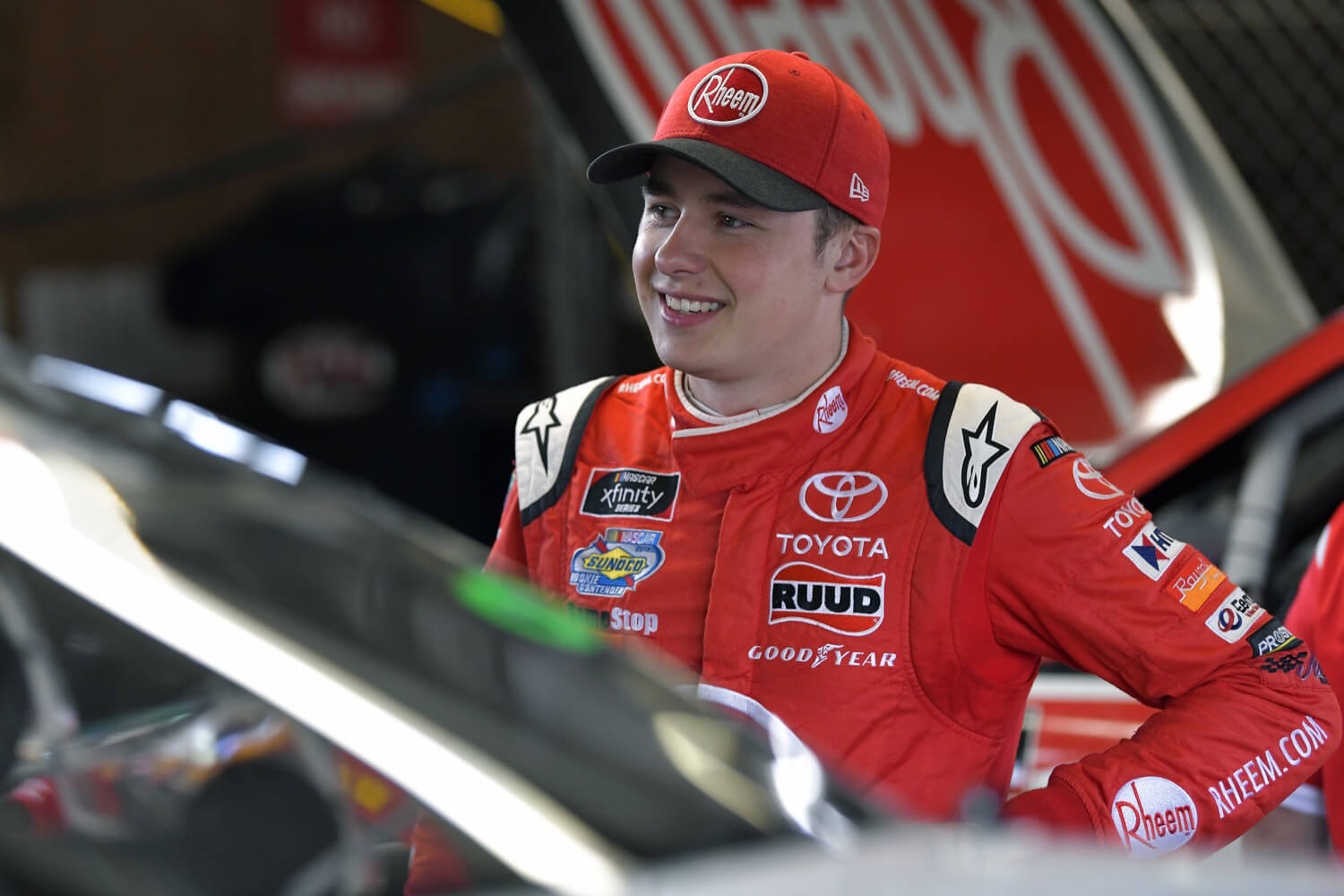 I’m really excited to get the playoffs started on Friday night in Richmond. We won at Richmond back in the spring, so I think we will be in really good shape.

Rheem Playoff Paint Scheme: Bell’s No. 20 Rheem Toyota Camry will have a new “Playoff” design on Friday night at Richmond. The new slick white/black paint scheme will be used on the No. 20 at Richmond, Dover and Kansas during the 2018 playoffs.

Las Vegas Recap: Under triple-digit temperatures in the Las Vegas desert, The NXS hit the track at Las Vegas Motor Speedway for the final race of the 2018 regular season on Saturday. After qualifying fourth for the 200-lap event on Saturday Morning, Bell and his GameStop/Shadow of the Tomb Raider team ran inside the top-five for the majority of the race, ultimately crossing the finish line in the fourth position, their 14th top-five finish of the 2018 season.

Joe Gibbs Racing at Richmond: JGR has 93 NXS starts at Richmond Raceway with eight wins, 25 top-five and 46 top-10 finishes. The championship-winning organization has seven pole awards with an average start of 12.3 and an average finish of 14.7.

Christopher Bell: “I’m really excited to get the playoffs started on Friday night in Richmond. We won at Richmond back in the spring, so I think we will be in really good shape. This Rheem team does a really good job of building me fast Camry’s each week, so I’m excited to see how the next seven races play out as we try and win a championship. Rheem will debut another slick looking paint scheme this weekend, and it would be really cool to get that Camry in victory lane and the playoffs started off on the right foot on Friday night.”