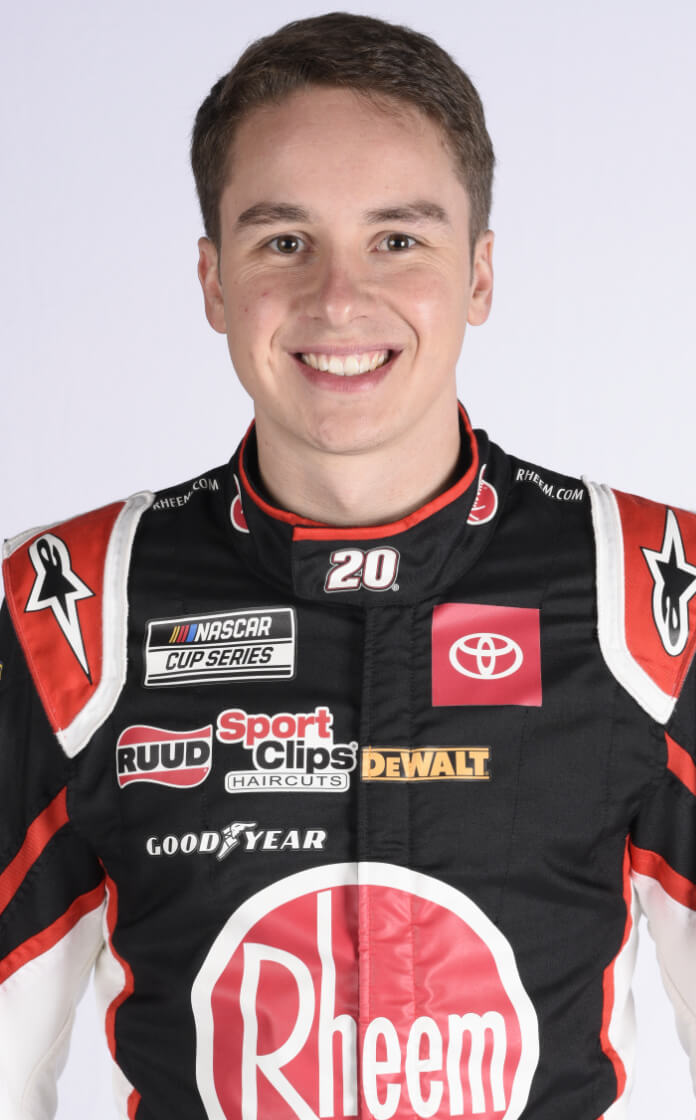 “Homestead is a super fun and challenging track. It is really slick, wide and we can run all over. It was one of my better races last year, so I’m looking forward to returning and building on that.”

Bell at Homestead: Christopher Bell will make his second NASCAR Cup Series (NCS) start at Homestead-Miami Speedway this weekend in the No. 20 Rheem Toyota Camry for Joe Gibbs Racing (JGR). Bell started 36th in 2020 at Homestead based on a random qualifying draw based on point standings but, despite starting back in the pack, from the drop of the green flag steadily worked his way through the field. By the end of stage two he was up to 12th and in the final stage Bell cracked the top 10 to earn an eighth-place finish.

Winner Winner: Bell took home the win Sunday on the Road Course at Daytona, locking himself into the 2021 NASCAR Playoff field. The win was Bell’s first career NCS victory and it came in just his second start in the No. 20 Toyota for JGR.

Featured on the No.20 Toyota Camry: No. 20 Toyota Camry will carry the Rheem colors this weekend in Homestead. Rheem has been partnered with Bell since 2018. The Rheem logo can also be seen on the No. 18 JGR Toyota with Kyle Busch.

Joe Gibbs Racing at Homestead: JGR has 67 NCS starts at Homestead-Miami Speedway and has earned eight wins, 19 top-five and 36 top-10 finishes. The championship-winning organization has won seven pole awards with an average start of 13.7 an average finish of 13.6.