Bell is Gunning for a Strong Preformence in Vegas This Week 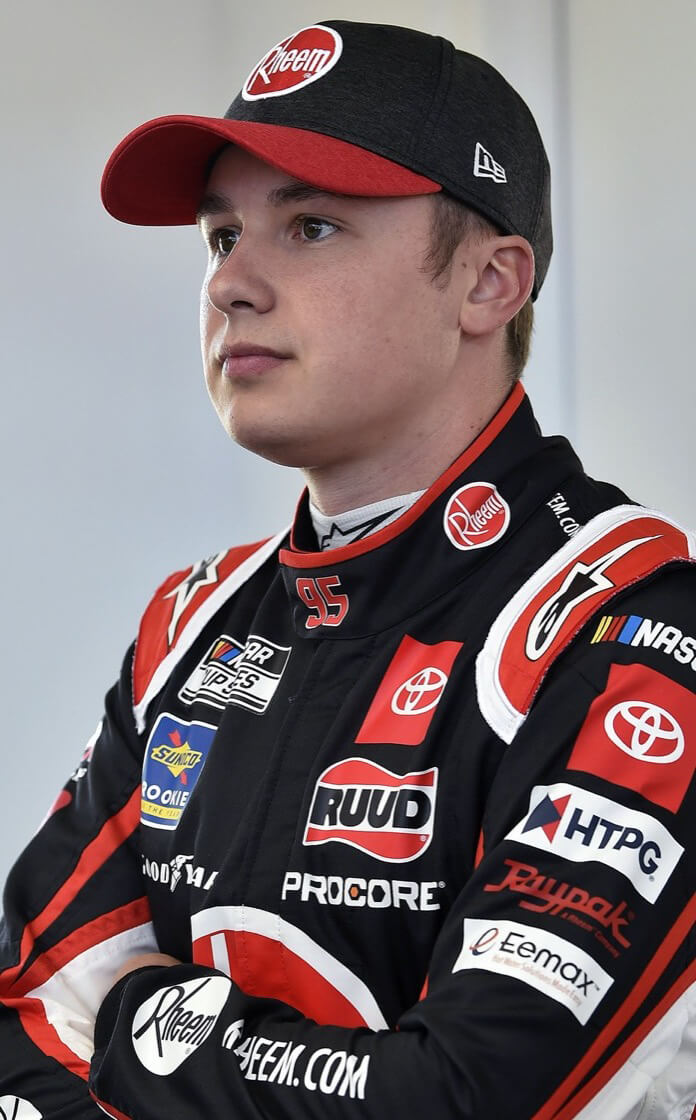 “Our Speedway package has been really good all season long. Daytona was so close to our first win and we ran well last time at Talladega. Talladega should be another good race for us.”

Bell at Talladega: Christopher Bell will make his second NASCAR Cup Series (NCS) start at Talladega Superspeedway (TSS) this weekend. Bell had a fast No. 95 Toyota Camry earlier this year at Talladega and with around 30 laps remaining he led the field to the restart. Bell accidently pushed another car below the yellow line while trying to team up with a drafting partner and had to serve a pass-through penalty under green, losing a lap to the field. Bell suffered some damage on an accident coming to the checkered flag, crossing the finish line 29th.

Vegas Recap: Bell started 26th Sunday at Las Vegas Motor Speedway and despite a tight handling condition was able to race his way up to 15th close out stage two. In stage three Bell cycled up to second during a round of green flag pit stops when the caution came out. Bell was able to capitalize on the caution and restart fifth with 25 laps remaining. Unfortunately, due to the handling and hard racing, Bell brushed the wall and lost positions. Contact from another car resulted in additional trips down pit road and in the end, Bell managed to stay on the lead lap to finish 24th.