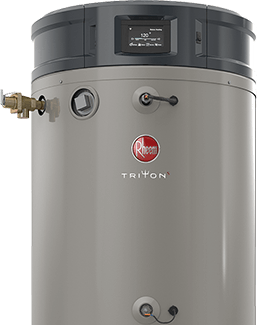 Paul Menard and the No. 27 Menards/Duracell Chevrolet team started the 188-lap NASCAR Sprint Cup Series race at Talladega Superspeedway from 34th place. The reason he started there was because qualifying was rained out on Saturday, thus setting the starting lineup per the NASCAR rule book based off the first practice speeds on Friday. But, once the green flag waved over the 2.66-mile tri-oval, Menard wasted little time letting the other 42 competitors know he was there to race. Within the first three laps, he was up 17th when the first caution waved on that third circuit. With no need to pit, Menard started to get a feel of his Chevrolet SS and racing conditions running three and four wide around the high-banked track. Making two pit stops under green-flag conditions for four tires, fuel and chassis adjustments, the former ice racer ran in the top-five and top-10 positions for a large majority of the event. A pit stop on lap 124, while running third, and another on lap 162 for right-side tires and fuel kept Menard and the Slugger Labbe-led team in contention. With 15 laps remaining, Menard had his neon yellow No. 27 in fifth place and would remain there until the white flag waved. As the field exited Turn 2, the third-place car got sideways and spun as the field roared onward. With the checkered and caution flag waving, Menard was, at first, credited with third, but post-race results showed he had finished fourth. This was his third top-five and ninth top-10 finish of the 2013 season, which moved him up one spot in the driver championship point standings to 16th place.

This was just what this Menards/Duracell Chevrolet team needed. Our luck at restrictor-plate tracks hasn't been too good this year. We were able to get up near the front and run there most of the race, which was good. The car was great and there at the end, we were all single file and nobody was going to make a move. We were waiting to see how would, I just know I wasn't going to be the one. I've done that before, and it hasn't worked out too well. - Paul Menard